“Ya’ll Be Basein” is one of Tacoma’s very earliest rap records. On the cover, Dee J. Freeze emerges from a red Chevy S-10 Blazer, a frugal and fun new 4×4 pick-up truck with a hardtop. He’s photographed wearing a leather Adidas tracksuit and posing in front of Puget Sound National bank at the Tacoma Mall.

Both featured names–Dee J. Freeze and MC Poochie Pee—were aliases of the same person, Dwayne Parker. The one-man combo rapper/DJ had built a solid reputation rocking epic parties throughout Hilltop. “Motivate a party wild,” as he says in one song.

This EP features three songs. On the first two, Freeze paints an honest, intimate portrait of his community’s crack epidemic. “Ya’ll Be Basein” recounts the criminal hijinks of a whole family. Everyone’s looking for a hit, “your brother too, your sister too, and your mamma’s through.” On the second cut, “Your Parinoid,” he’s hanging with psychotic tweakers. Everyone’s panicked and tripping after smoking huge rocks. There are few euphemisms here: Freeze is direct in his descriptions, and he’s a talented rapper and songwriter, dropping unexpected rhyme combinations.

The third track is the longest. “Classify This As A Def Jam” is a boast song, celebrating his abilities on the mic and turntables.

Freeze’s own teenage years were rough: His stepfather taught him to steal, sell drugs, and shoot a gun. Crime became second nature, and he later started a notorious gang. His name “OG Freeze” was whispered with fear. His years in and out of juvenile detention turned into further years in and out of prison.

One day, a chapel service presented by a local prison ministry spoke to him deeply, and he surrendered his life to Christ. When he won his freedom in 2003, he moved to Florida where today he runs an inner-city outreach ministry. He’s continued to perform and release Christian hip-hop music under the name Bishop Freeze.

Ya'll Be Basein was created in 1989 and features appearances from: 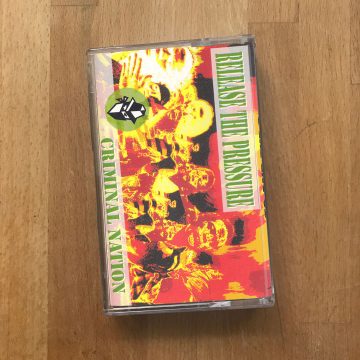 I Am Chamel: The Lost Tapes 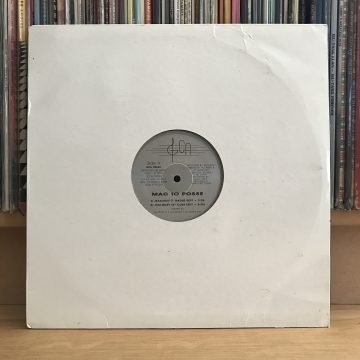