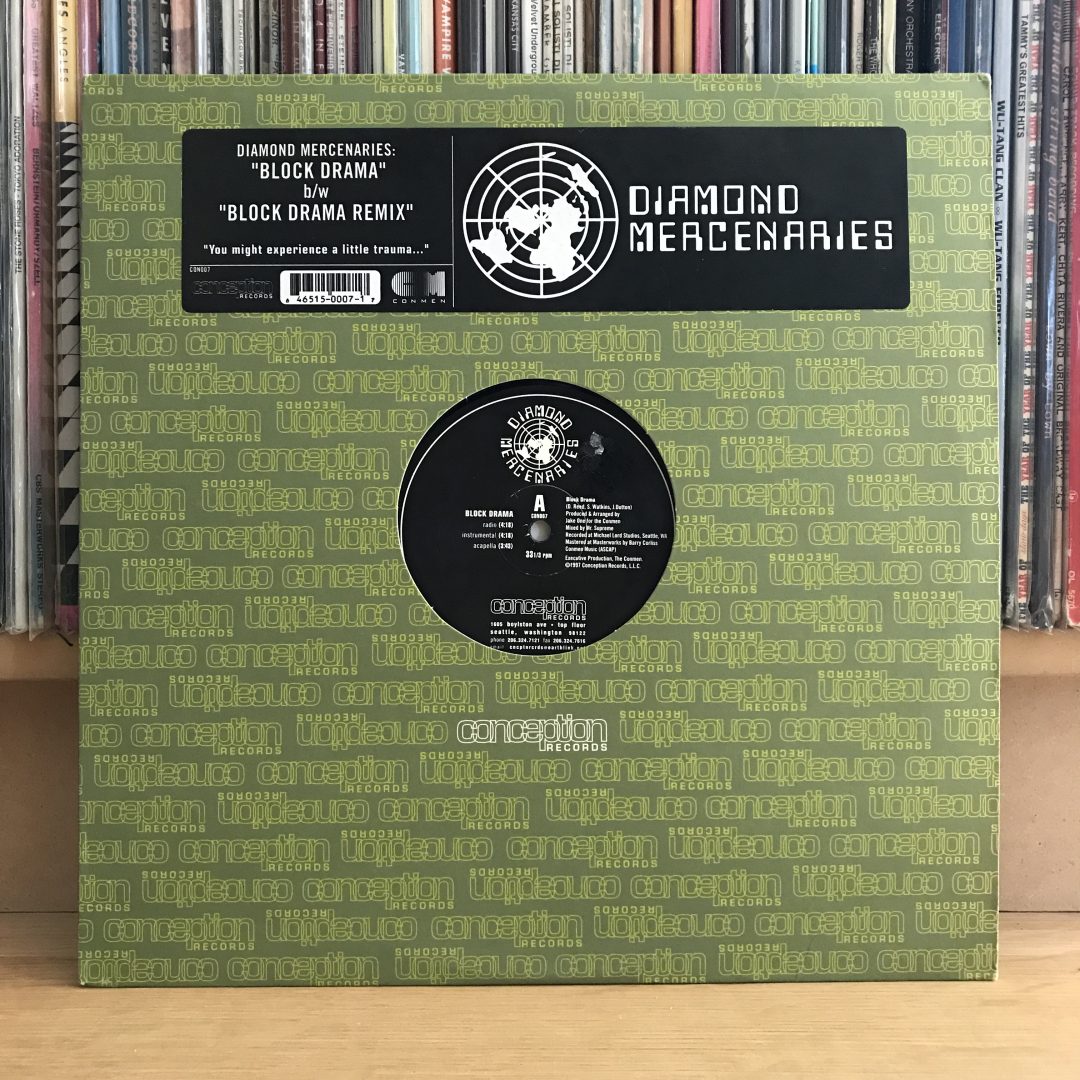 In 1997, when Block Drama hit the streets, all signs pointed to rap group Diamond Mercenaries being the next big thing from Seattle. The hip-hop duo of Black Star and 3D took their name from a 1976 heist film starring Peter Fonda and OJ Simpson. “Introducing brand new casting on your block,” is how the track begins, with a banging beat courtesy of hot new producer Jake One (appearing for the first time on vinyl) and based off a sample from Seattle royalty Quincy Jones. The thought-provoking verses that follow cover quick money made, making deals, street survival strategies… “Crime’s my only topic.” The vinyl-only “Block Drama” single was the seventh release from hip indie label Conception, founded only a few years earlier by superstar DJ Supreme La Rock, Shane Hunt, and The Flavor’s Strath Shepard. And yet… Despite much promise, heaps of praise from critics and DJs, and a rumored full-length album recorded and ready, Diamond Mercenaries only ever released this single and a couple of other standalone songs, none of which are available online today. Conception folded not long after and that album never materialized. Diamond Mercenaries blazed bright like a match for only a moment in time. In an interview in The Rocket, Black Star says, “If we get on TV, that’s cool and all, but I ain’t doing it to get on a video. I ain’t doing it to flash gold and diamond rings and all that. I’m doing this to make y’all rock. That’s what I love to do.”

Block Drama was created in 1997 and features appearances from: