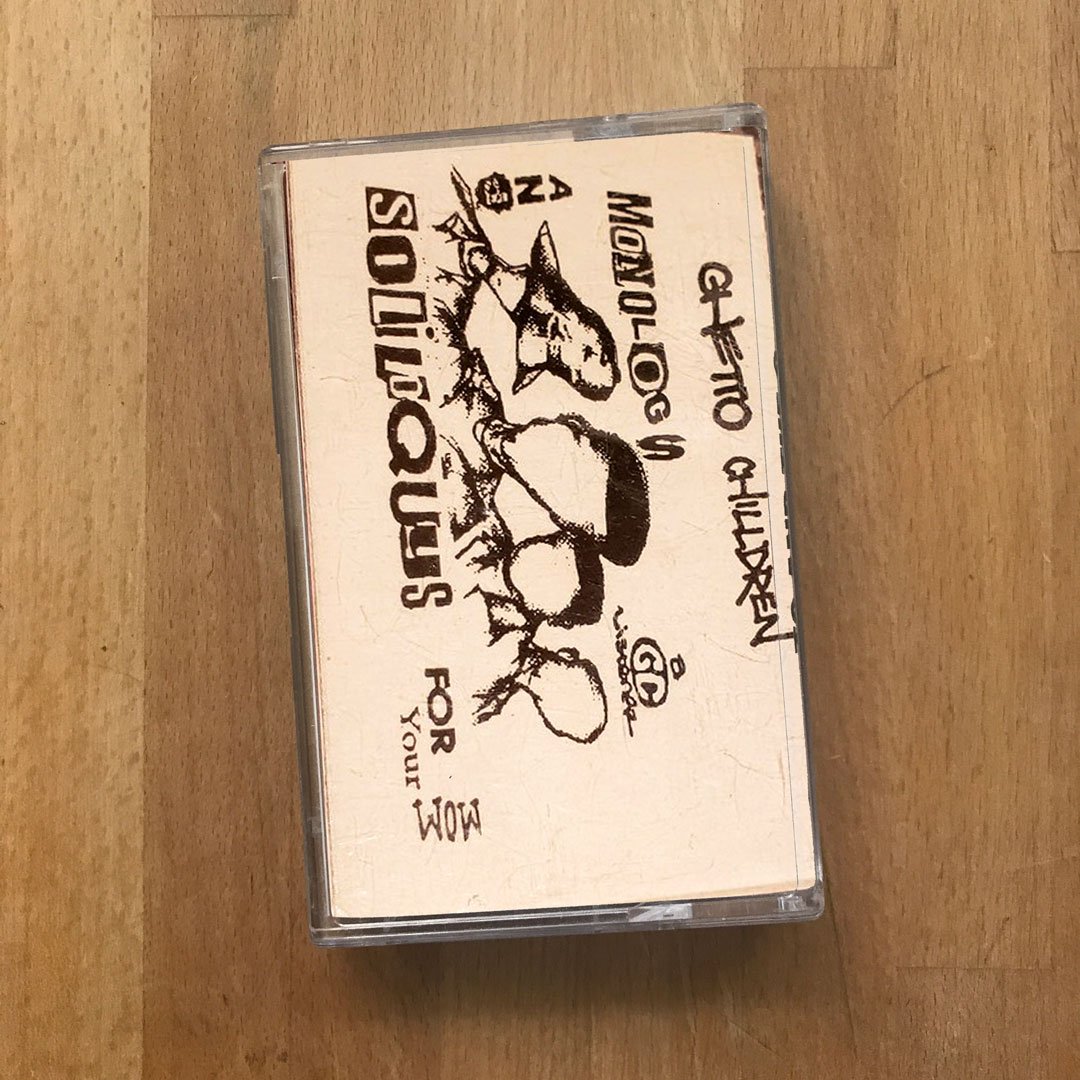 Monologs And Soliloquys For Your Mom

Tribal Productions was a collective of rappers and DJs who came together in the late 1980s and early 1990s in Seattle. They were a diverse crew with street-influenced acts like Narcotik positioned alongside more backpack-style groups like Union Of Opposites. Four members of Tribal formed a group called Ghetto Chilldren: Vitamin D, B-Self, Culture, and Capabilities. The group’s first release was a four-song cassette called Monologs And Soliloquys. Ghetto Chilldren caused a huge buzz with this release. It established the Tribal sound, which was dusty yet hard drums mixed with acutely chosen jazzy samples. Where artists like Puffy were taking top 40 hits and remaking them into rap karaoke, producers like Premier, Pete Rock, and Vitamin D were looking for obscure arrangements and turning them into new melodies. Monologs & Soliloquys is a stellar example of a paradigm shift in Seattle rap, a quantum leap of creativity.

The first song is titled “Odd Ball Sindrome,” and it introduced Ghetto Chilldren as outsiders to the mainstream rap culture. They were more like sketch comedians at times, with little snippets of samples and dialog before and after the tracks. “BBQ Sause & The Stank Nasty” is the second song. In this lighthearted track, the crew shares stories of trying to meet girls at barbecues. It succeeds on a number of levels, capturing the wildness of youth and the “anything can happen” feeling of long summer nights.

“Questions” begins side B with a long intro featuring Vitamin’s younger brother bugging him while he tries to work on the track. By side B it’s evident that clever wordplay was the currency of the group. It’s thesaurus rap but wait, it’s not about just showing off SAT vocab like Jack Harlow in an SNL NFT rap, but more about using language artistically in a way that it has never been used before. The lyrics are never cute or overbearing, rather the verses leave you with a feeling of brain tickle. I don’t know how else to describe it. The last song “20 Bucks” is all about the value of money to someone in high school. This might be my favorite beat of the four, it’s extremely catchy.

All in all, this tape is valuable as a snapshot of the four-member lineup of the group. By their next releases on Untranslated Prescriptions and Do The Math, the group had slimmed to just Vitamin D and B-Self performing as a duo. Ghetto Chilldren in any configuration is a foundational group in Seattle hip hop. This tape allows the listener to hear them take their first unsteady steps, and it’s magic each time you play it! (Written by Novocaine132.)

Monologs And Soliloquys For Your Mom was created in 1993 and features appearances from: