What an intro it is! Silas Blak from (Black Stax, Silent Lambs Project, and Blind Council) spits the most brain-stimulating abstract metaphors you can imagine, in delivery so dark and jarring it causes hiccups. He leaves you hanging on to every grimy word he speaks, while your head-nod slows to nothing, and your feet forget to dance. He’s the rarest kind of poet; one that is able to speak the most eloquent stanzas you wish you could think up, but in plain rap, straight to your brain.

There’s nothing frou-frou here, no self-absorbed coffee-house spoken word crap or tired-out boasting. There’s no wasted space. Every word is what he means. On beats, Silas is joined by Specs One, King Otto, Dropcast Music, and Vitamin D (who also lends a verse on one track). From 2006, released on CD-R. A darker and heavier hip-hop record has yet to be heard. For now, listen to this and yearn. (This review originally appeared on the Bring That Beat Back blog and was written by Jack Devo.) 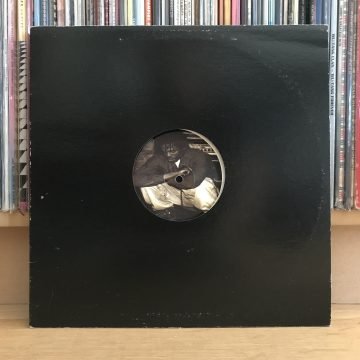