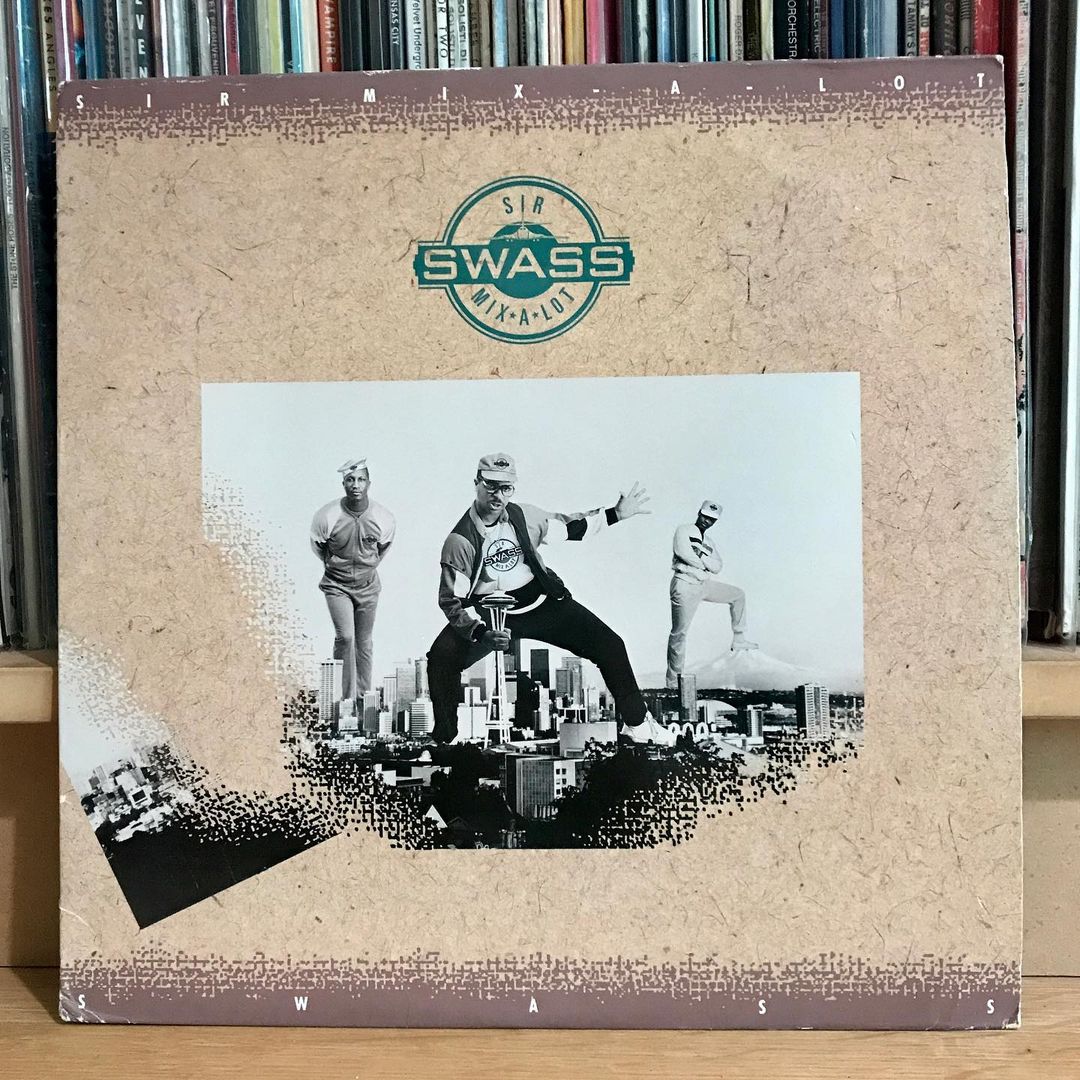 Sir Mix-A-Lot is one of Seattle’s Greatest Of All Time Rappers. It’s surprising how often Mix gets written off as a one-hit-wonder, as though the dude doesn’t also have multiple platinum and gold records to his name. (He’s also made $100+ million dollars from that “big butts” song, making him not only our first major rap star but also our most-ever commercially successful one.)

His debut album, made four years prior to “butts,” is a self-released gem called SWASS. It’s the one with “Posse on Broadway.” The album sold so many copies on vinyl and cassette and CD that it went gold, and then platinum, and indeed, between 1988 to 1991, it was the bestselling record to ever have been released in the Northwest in any genre of music.

Think about that for a second.

For the three years prior to Nirvana’s Nevermind, Seattle was suddenly on the map as a rap success hotbed, known all around the world as Sir Mix-A-Lot’s town.

This album—a debatable acronym for “Some Wild Ass Silly Shit”—is a gonzo trip, full of West Coast attitude, electro-gangsta beats, and humorous stories. On the front cover, Mix grabs the Space Needle as if it were a giant cock. The album plays like a concept album: you follow Mix and his posse as they pull heists, go clubbing, drive around the CD and Capitol Hill, and end up at Dick’s. (Note that the song “Bremolo” towards the end is an unfortunate blight of sexist trash and you should skip it.) This record put Seattle on the national rap map for the very first time, the beats and rapping are fire, and it’s as bizarre and entertaining to listen to today as it was 33 years ago.

You can find SWASS on Spotify, and I strongly encourage you to go listen to this slice of Seattle hip-hop history today.

SWASS was created in 1988 and features appearances from: