During 2020’s Coronavirus pandemic, MC Deff (aka Wojack) set about to tell the story of his ’90s gangster rap group through video chats and a simple question: “When did you first hear about Criminal Nation, and what does the group mean to you?”

What follows is a series of touching video voicemails and personal stories from rappers and producers across the Northwest, including Silver Shadow D, J-1, Squeek Nutty Bug, Josh Rizenberg, and many others. This film has a real feel of hanging with the homies. Clearly, this music meant a lot to a lot of people, and this footage is intercut with photos of memorabilia and record covers.

Many of the interviewed artists were youngsters–only 12 or 13 years old–when they first heard the staccato synth opener of Criminal Nation’s mega-hit “Release The Pressure.” Each was thrilled to have hometown heroes on the radio. Awall Jones talks about the beats and his amazement that “they’re from Tacoma, too?!” Un The Rhyme Hustler says, “I was trying to be MC Deff,” echoing the sentiments of many. Several of the artists rap and sing their favorite Criminal Nation songs, too. It’s charming.

Wojack himself does a freestyle summarizing his thoughts on “Day 34 of quarantine.” Notably absent from this project is Wojack’s Criminal National collaborator DJ E (aka Eugenius), though he and the rest of the NastyMix crew–E-Dawg, High Performance, Kid Sensation–all get plenty of props for their roles in establishing the early Northwest sound.

The Criminal Nation Movie was created in 2020 and features appearances from: 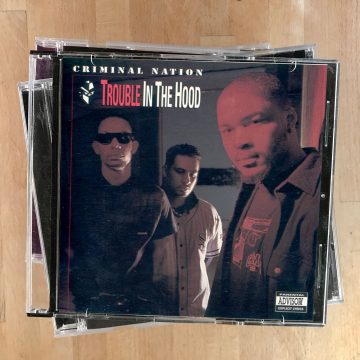