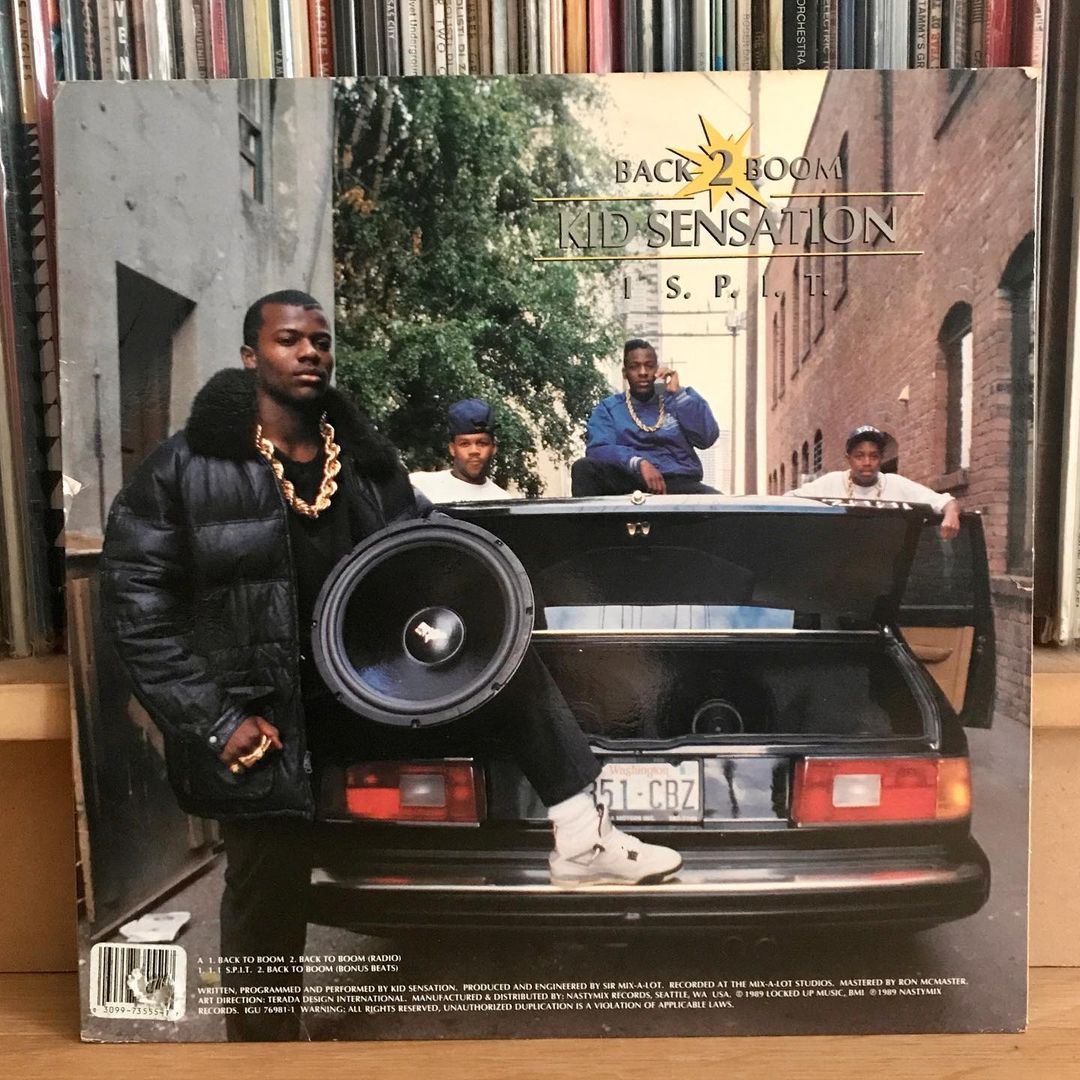 The b-side cut on Kid Sensation’s solo debut is a song called, “I S.P.I.T.” Kid is rapping about his lyrical abilities and shouting out the whole Mix crew. “The Pacific timezone is on the attack.” The song includes uncredited feature verses from the whole posse: Attitude Adjuster, Maharaji, and Mix-A-Lot himself. There’s also a new voice, Greg B, aka Funk Daddy. The beats here are all about the drop. At one point, Kid raps “I merge with Mix to make a masterpiece,” and that’s a pretty great description of this whole EP.

Someone recently described the Mix-A-Lot and Kid Sensation relationship like Batman and Robin: It’s apt: Mix was 26 and Kid was only 18 when this single dropped.

Mix’s mentoring hand (and production) is evident throughout the title track, “Back 2 Boom,” which makes the song all the more curious. It starts by liberally sampling and referencing “Posse on Broadway,” Kid is driving down Rainier… The tune play like many of Mix’s early rapid-fire, Electro hits, hyping up the crowd even higher. It’s so referential to Mix’s other work and apes his style, you start to wonder, is this a parody track?

Two minutes in, everything shifts. Kid drops the beat to half speed like it’s some early chopped-n-screwed experiment, and the song lingers here for the duration. This is the “boom” … Kid changes up the verses, he and the posse are trashing stop signs, tearing shit apart, blowing up Broadway.

And then the verses are spoken backward. And then you remember how Kid Sensation is a talented beatboxer, and you realize the beats have been his voice all along. Everything eventually drifts away like a car crash in slow motion.

So arrives the debut of Mix-A-Lot protégé Kid Sensation. BOOM!

Back 2 Boom was created in 1989 and features appearances from: