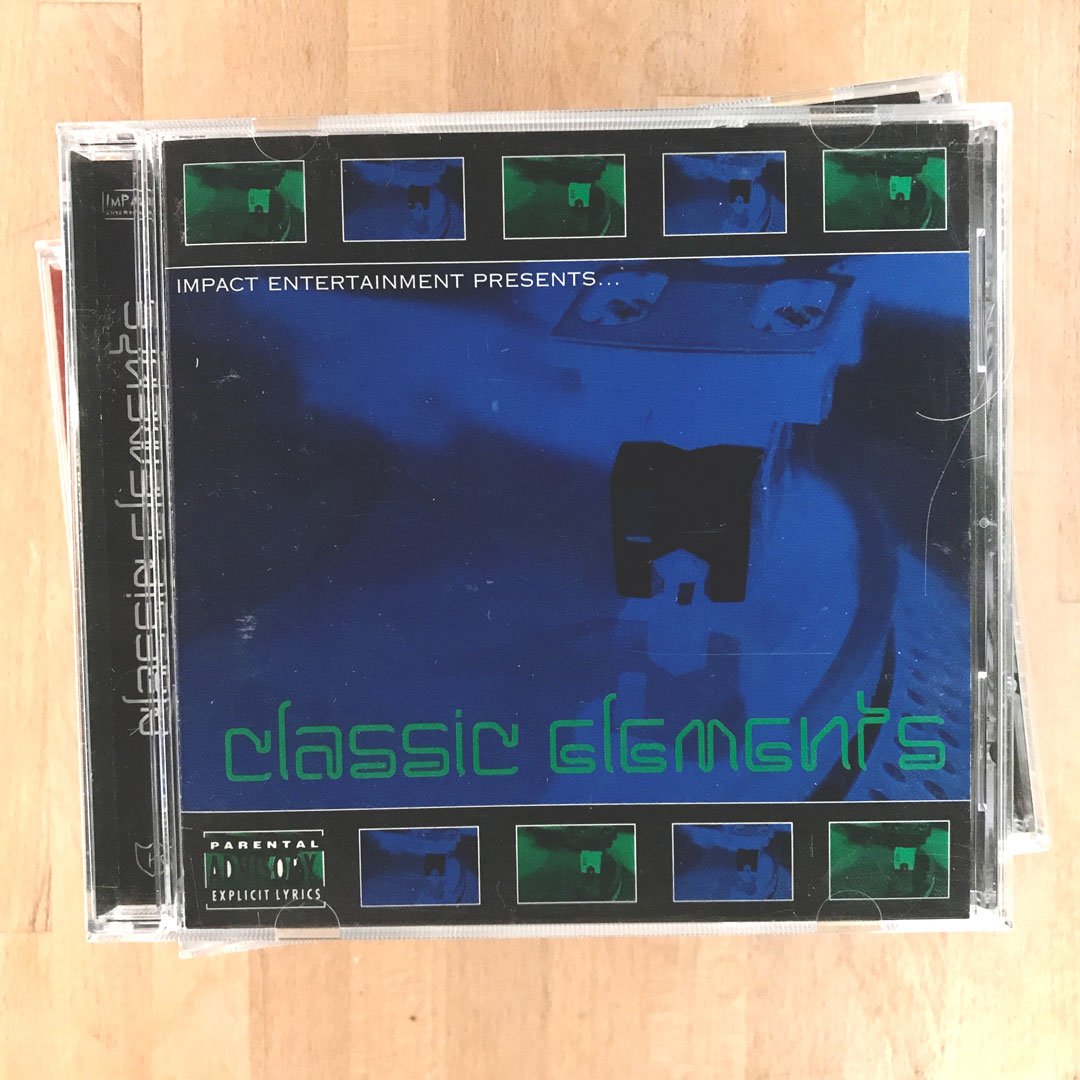 Classic Elements was released by Olympia’s K Records in 1998. It contains tracks by sixteen Northwest hip hop artists, including some certified legends. The lyrics are consistently excellent throughout the compilation. These are songs for the mind, and many are vignettes in the true sense of the word, a good example being the captivating saga contained in “A.N.I.T.A.” by Nobody. The production on Classic Elements glows softly like a vintage Edison light bulb. DJ Sayeed (Black Anger) and Brian Weber (Dub Narcotic) both play a large role in shaping the sound of this compilation. Mr. Supreme drops a sublime Twin-Peaks-esque beat for Jace on “What’s Ya Definition,” and Topspin captures a tempest in a teapot with his beat for “Sleep” by Sinsemilla. Every track on this compilation is a genuine artistic expression, and that carries some risk because the performers put their feelings out on display which renders them vulnerable to misunderstanding, or worse, indifference. One of the highlights is “Hip Hop Was” by Ghetto Chilldren, which shines with professional polish among some of the dustier tracks. When you include a track by Source of Labor with Beyond Reality, “Aunt Anna,” and a couple of underground heat rocks from Silas Blak, “Only When I’m High,” and “Blak And Blind,” there’s every reason to make sure this compilation is part of your music collection. (Written by Novocaine132.)

Like the four leaves on a lucky clover, four ’90s era Seattle compilations showcase the diverse hip-hop collectives in Washington State and with them your windfall of sounds and explorations: Do The Math, 14 Fathoms Deep, Walkman Rotation, and here, Classic Elements (co-released by Impact Entertainment and K Records). Back then getting the handful of cassettes and comps was a great thrill, and the Seattle area offered up the best. Classic Elements was released at a time when the main place to hear local hip-hop was on the street at Westlake Center or on KCMU’s Rap Attack. Like the title, the classics here are Ghetto Chilldren, Source Of Labor, Black Anger, and Tilson, all offering hits that transcend national radio rap and bring a better class of words and thoughts. Some groups won’t be found outside of this collection – Nobody, Jaleel, 5E, Ski, and Arson have songs that play smooth and timeless. Classic Elements is as relevant today as it was twenty-some years ago. Released on cassette, CD, and on an abbreviated LP – Find it, get it. Good! (This review was submitted by reader Brett Sandstrom.)

Classic Elements was created in 1998 and features appearances from: