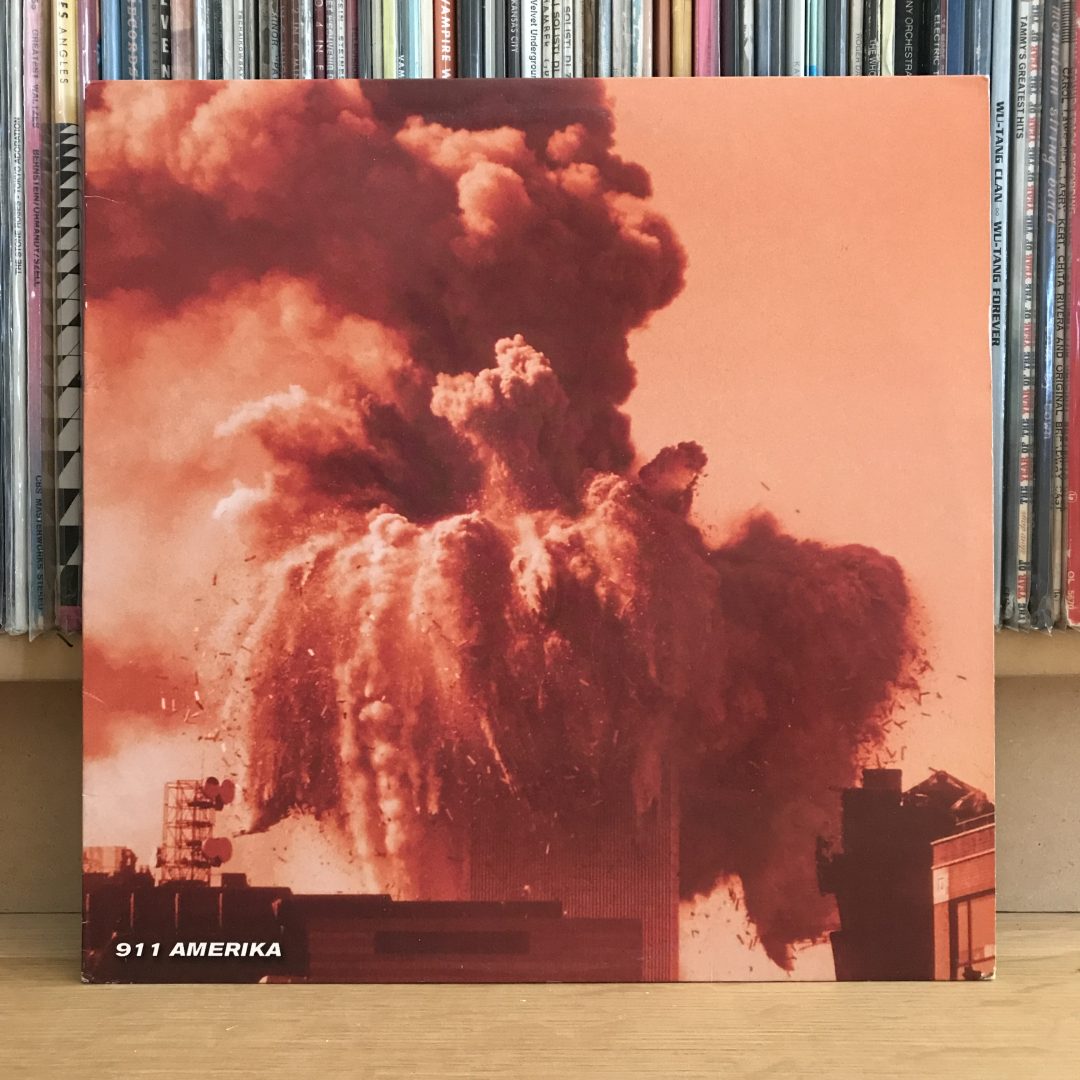 Amerika 911 was a Northwest compilation that dropped in 2002 in response to the increasing hostilities directed towards the Middle East by the US. It’s a brave, gutsy little anti-war testament; as it examines the U.S. motives for engaging in war, and dares to point fingers in directions other than at the obvious motives (i.e. September 11th and Osama Bin Laden). Listen to Kylea’s verse on the first track, “A Call To Arms” for an apt summation of this record’s contents.

If it had been widely distributed it probably would have caused quite a stir among all those of us blinded by pain, bigotry, patriotism, and nationalism. But of course, it didn’t, since it was an unpopular view from an unpopular (at the time) corner of the hip-hop map–and that’s too bad in my opinion.

This compilation is dope on many levels, musically, lyrically, politically, and consciously. Bottom line, we’re all fam. Don’t let any of the powers that be tell you differently. Many notable acts contribute, including Khazm, The Flood, Yirim Seck, Castro, Specs One, Gabriel Teodros, Khingz (back when he was still calling himself Khalil Crisis), Kylea of Beyond Reality, Vitamin D, H-Bomb, Silas Blak, WD4D, E-Real Asim of Black Anger, Surge Spitable, and El Saba, who provides the defining moment with “God Bless Humanity.”

The album is an interesting mix of 2nd and 3rd wave Seattle hip-hop and captures the sound of the Town during that state of evolution. Executive produced by Khazm and G. Teodros, released in part through MADK. (This review originally appeared on the Bring That Beat Back blog and was written by Jack Devo.)

Amerika 911 was created in 2002 and features appearances from: