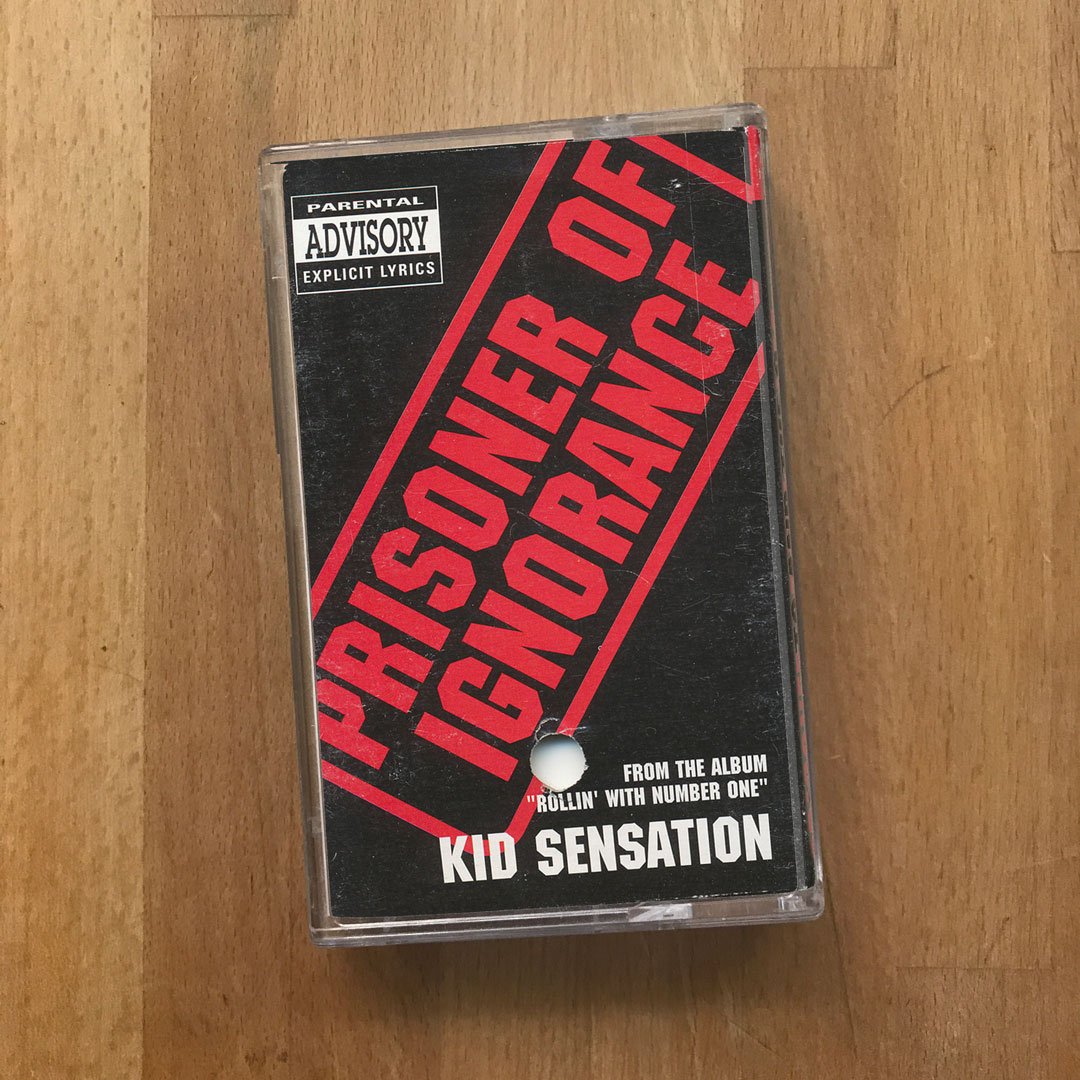 For almost a century, vinyl records had been the dominant medium for music playback, but in the ‘90s, the format’s long reign was quickly eroded by two newer options: cassettes and CDs. Both were smaller, cheaper, less fragile, and portable. You could play cassettes and CDs in your car, throw them in a boombox, or go stroll with headphones and a fancy new Walkman.

“Prisoner of Ignorance” marks the first time NastyMix put their marketing and promotion efforts behind a cassette edition rather than the vinyl. (A plain-sleeve vinyl was made for DJs, but it was the cassette of “Prisoner” that got the cool cover art.)

NastyMix also splashed out on an MTV music video. In it, Kid Sensation is tied to an electric chair. He’s about to be executed. A white, racist cop narrates, saying “another Black youth is being appropriately punished.”

When asked if he has any last words, Kid raps that he’s a product of the system: “My only crime from birth is dark skin.” He recounts how he was expelled from school, how he turned to the streets and gangs. He started running with the wrong crew. In desperation, he tried to rob a liquor store. It went bad. He took a hostage, he killed two cops, the hostage was killed, too, I think? The story gets a little convoluted, but the message is clear: The system has failed him over and over again.

For his fall, he blames bigots, the school system, the media for promoting white supremacist falsehoods as truth. Americans are being brainwashed. Where is his piece of the so-called American dream?

At the end of the music video, Mix-A-Lot stands over Kid Sensation’s grave and makes the song’s anti-gang message clear: “Minorities make up 93% of all gang membership in the United States of America today. Whether you choose to call this genocide or just straight-up homicide, you brothers need to remember it’s all suicide.”

Prisoner Of Ignorance was created in 1990 and features appearances from: