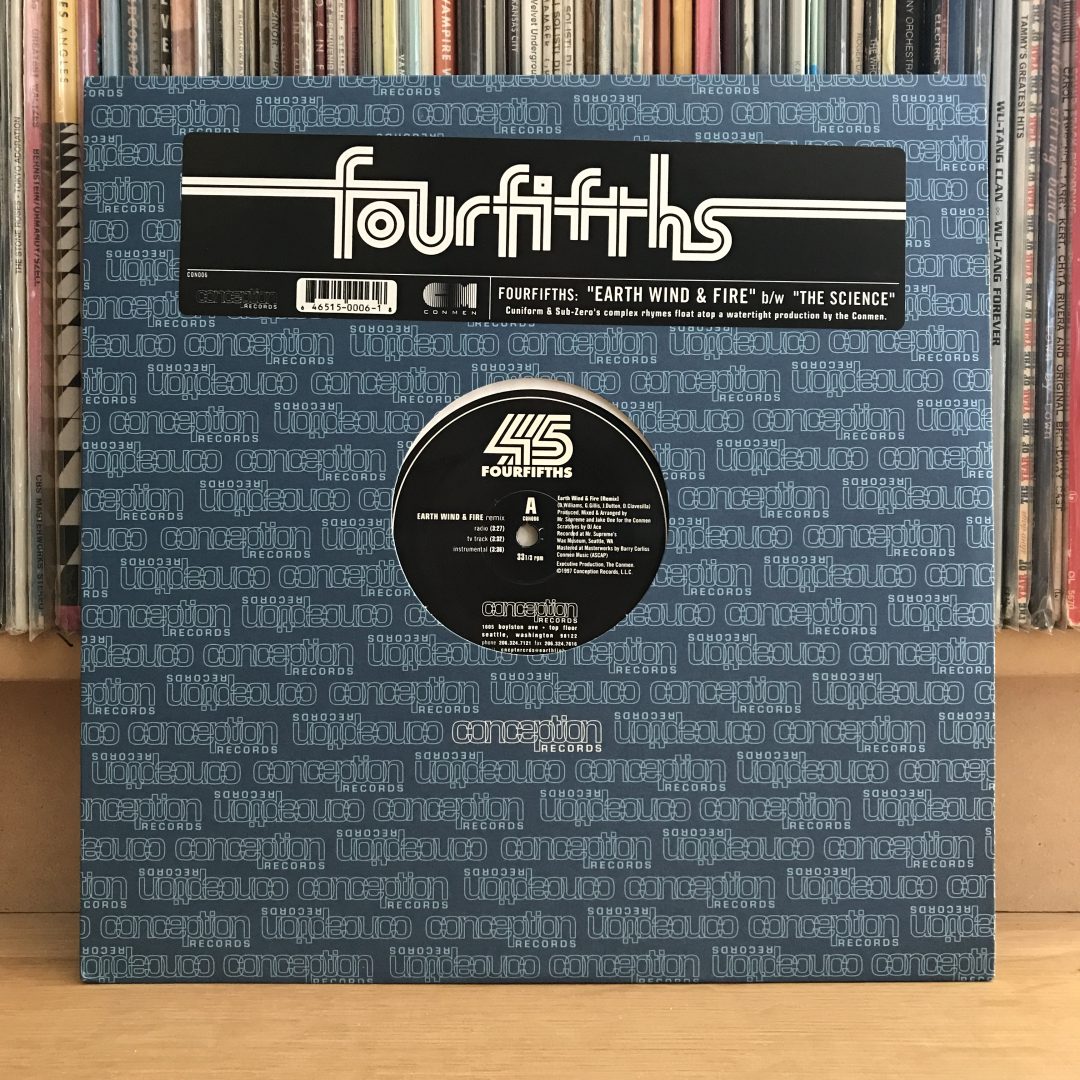 From ’97, here is the lone single by Cuneiform and Sub-Zero (AKA Trust and Nickle Slick, at least according to the interwebs), collectively known as Fourfifths. I’m not sure where these cats are from, but this release was on Mr. Supreme’s Conception Records, so the chances are they were Seattle emcees.

Side A contains the Remix of “Earth, Wind & Fire,” with an early production effort by Jake One. Side B has the original version of “Earth” as well as “The Science,” both by Supreme. I’m struck by how different the two versions of “Earth Wind & Fire” are from one another. Jake One’s beat gives the track a slinky, nocturnal, and dangerous vibe, while Mr. Supreme’s trademark penchant for melancholia turns the song into a world-weary grind. Oddly enough, Supreme’s beat totally wins out. (In fact, I think it’s one of the best cuts he’s ever done.) It’s an infectious and beautiful track with a melody that sticks with you.

Apart from this 12″, Fourfifths can also be heard on two of the best tracks from the Sharpshooters’ Choked Up (“Analyze” and “Trust No One”). It’s a shame that they didn’t go further, because as their slender output attests, they were heat. (This review originally appeared on the Bring That Beat Back blog and was written by Jack Devo.)

Earth Wind & Fire was created in 1997 and features appearances from: 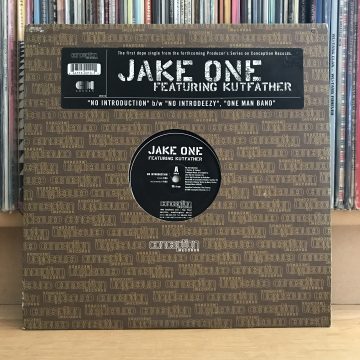