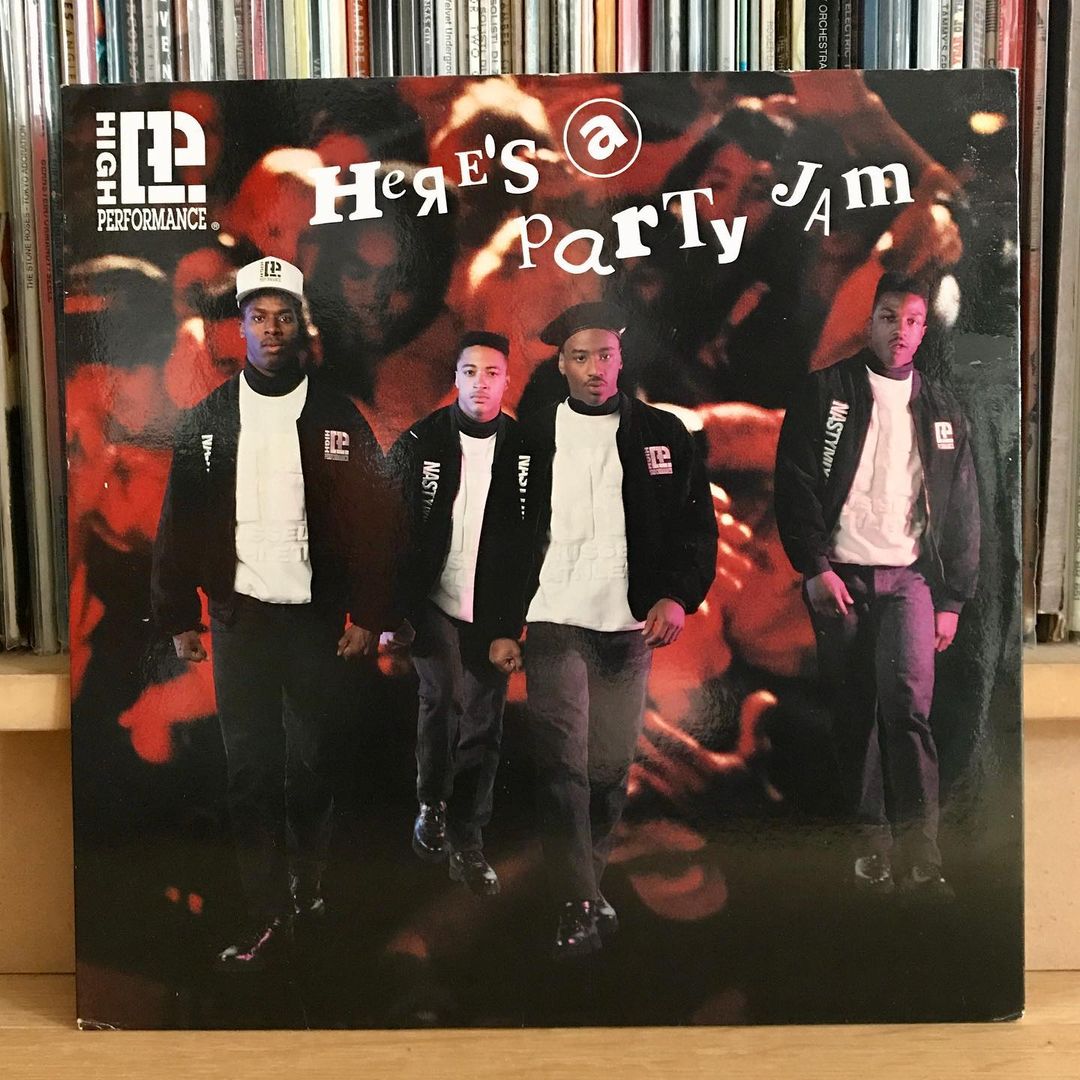 This second “Party” song is another dance track for B-Boys, relying on a sample from Parliament’s “Flash Light” to do some heavy lifting. Nonetheless, it’s a real toe-tapper, and there are three versions on this vinyl: A Club Mix, A Remix Edit, and an instrumental “Dub” version.

Things get interesting with the B-Side cut, “The Hill,” which is most definitely not for the club.

This song has more serious, couch-lock vibes, warning youth of the dark pull of the streets in Tacoma’s Hilltop area, of drugs and criminality. High Performance have gone gangster, sampling Public Enemy and Mix-A-Lot’s “My Hooptie,” in telling this gritty tale of “rollin’ in Tacoma.”

This record’s artwork reflects these two identities: On the cover, the foursome are ready to dance-battle in matching uniforms. On the back, white police are in an armed standoff with an unarmed Black man. This haunting back cover art would again be used on the front of their debut full-length, All Things Considered which also dropped in 1990.

Here’s A Party Jam was created in 1990 and features appearances from: 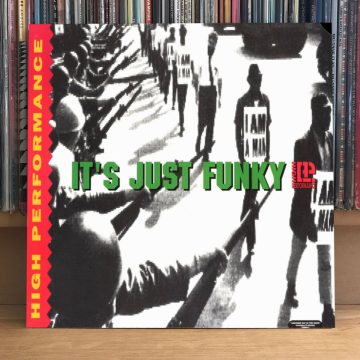