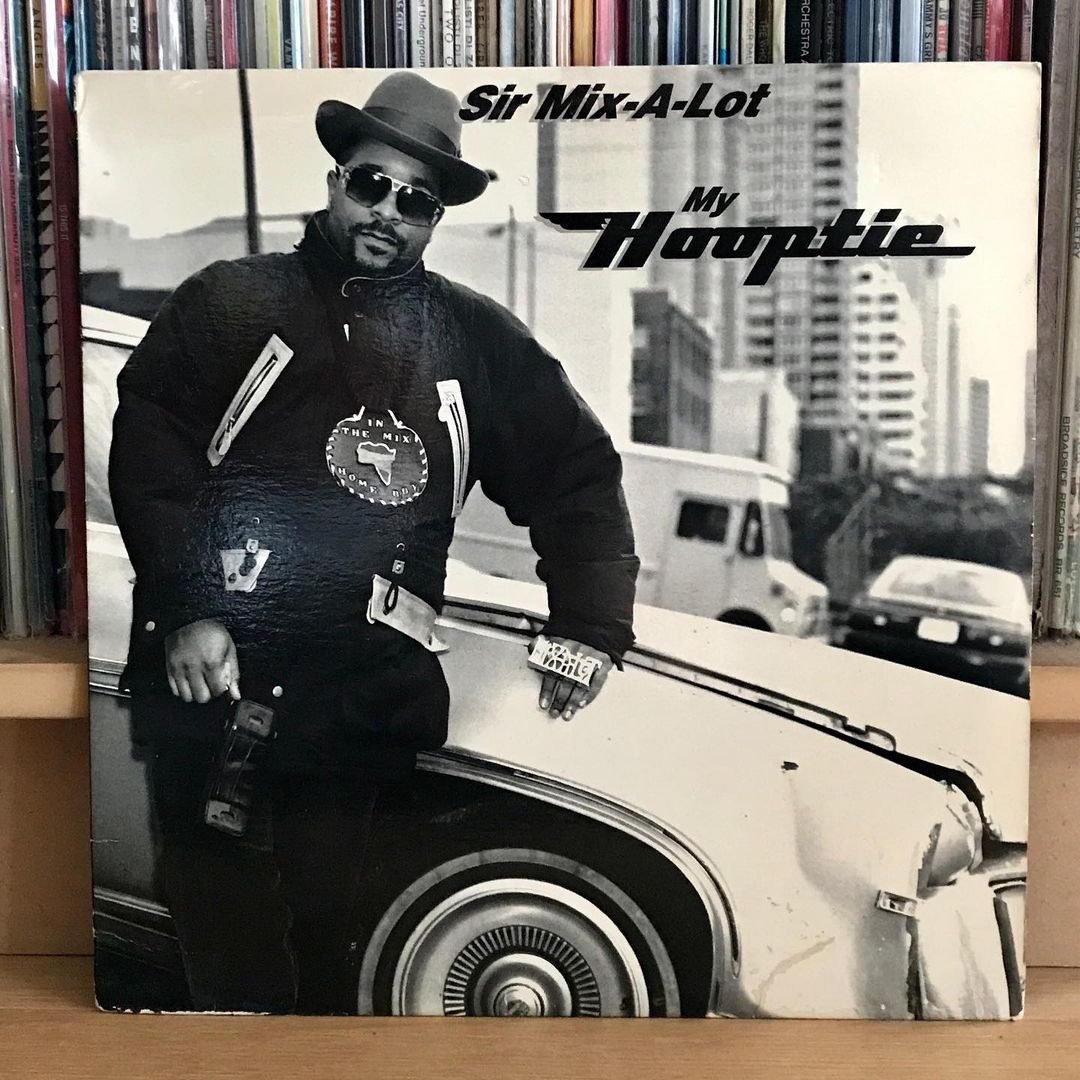 “My Hooptie” recounts another comic book caper from Mix-A-Lot, Attitude Adjuster, and the rest of the posse. It’s a bit of a revisit of “Posse on Broadway”: The crew are driving around the CD neighborhood, being fly, picking up girls, this time visiting McDonald’s. They run into Mix’s ex who tries to shoot out their headlights, but he runs over her toes instead. A bunch of silly stuff happens. The bass line is spectacular.

Mix namedrops “Hilltop” as a way to establish his street cred—and works in samples from N.W.A. and Public Enemy in case you didn’t think he was gangster enough. The posse roll into Tacoma to pick up the new Criminal Nation cassette and then visit a military club to size up the competition: Both obvious nods to the strength of Tacoma’s burgeoning NW rap scene. But Mix is hip to it, too.

This brings us to the key question: What is a “Hooptie” exactly? Mix explains that how his Benz is in the shop. So, for now, he’s gotta drive this loaner junk car, and it’s making him look bad.

It’s not hard to see “My Hooptie” as a clear metaphor for Mix’s increasingly strained relationship with his own label, NastyMix. CEO and money man Ed Locke was investing all those dollars Mix was generating into rock, speed metal, euro-disco, and synth-pop acts, diluting NastyMix’s identity as a Northwest rap label. Like his “Hooptie,” he’s gotta make excuses for this reliable clunker that he’s currently stuck with.

Throughout 1990, Mix stated his desire to start another rap label—this time his own, “so I can get a little more creative control over what goes out… I know rap… I don’t think NastyMix [does],” he said to The Rocket that year.

This 12” single features the stripped-down “Still Runnin’” remix and bonus song, “Society’s Creation,” about the government’s role in the nation’s crack epidemic.

My Hooptie was created in 1990 and features appearances from: