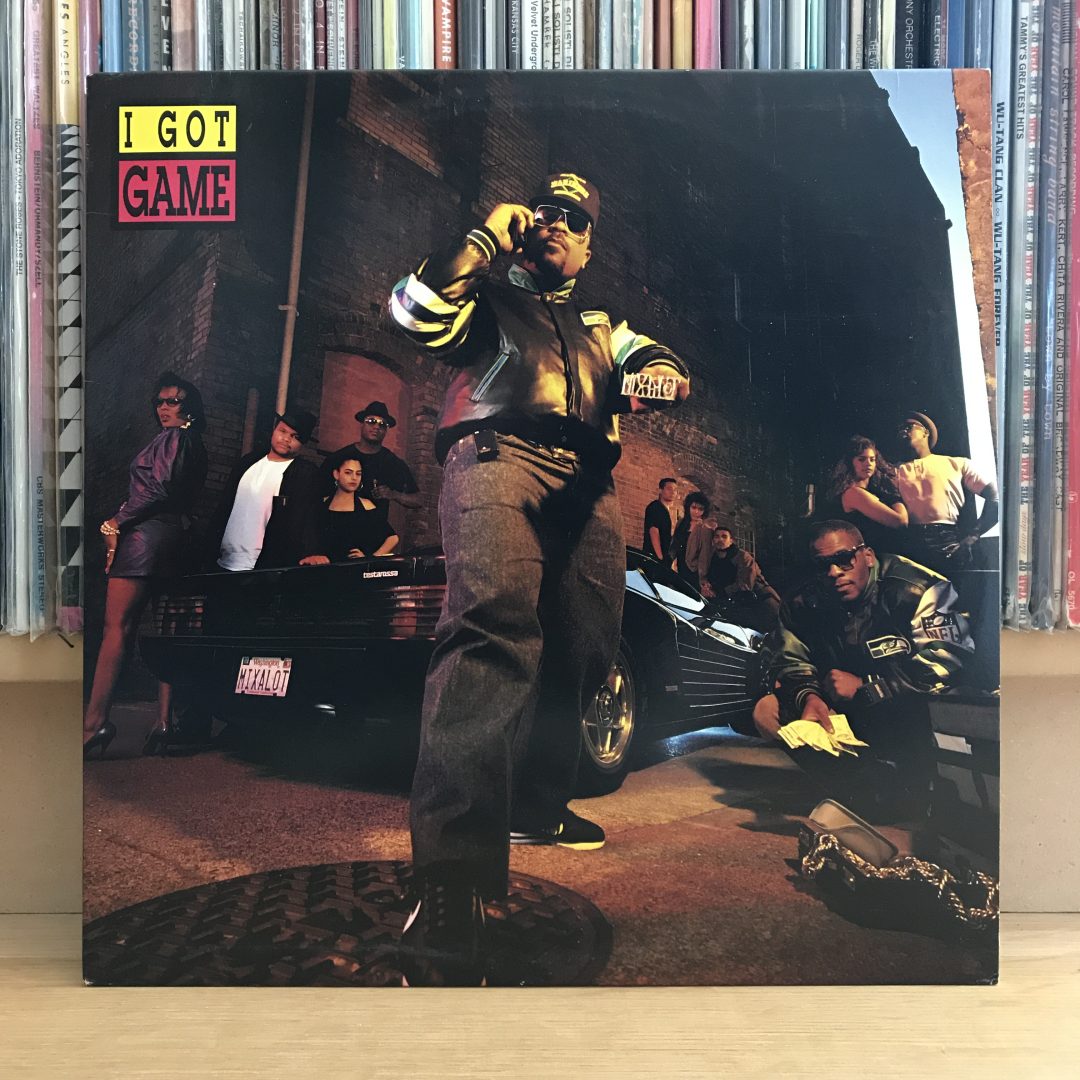 The song “I Got Game” starts as yet another riff on “Posse on Broadway.” Sir Mix-A-Lot is again driving along 23rd in Seattle’s Central District neighborhood, except this time he’s a the wheel of a fancy new Corvette, and unfortunately, he’s only got two seats.

You commonly hear Mix criticized for not reppin’ Seattle enough. But in his lyrics, he’s regularly shouting out Seattle landmarks, his fellow Northwest rappers, and on this vinyl jacket, he’s sporting a Seahawks bomber, a Mariners cap, and has custom “MIXALOT” Washington plates.

B-Side track “Flow Show” is five minutes of amazing, unstoppable madness. Mix unloads bars upon bars upon bars of quick dodges and vocal acrobatics, landing lyrical blow upon blow and demonstrating how truly formidable a talent he is as a rapper. The verses are set against a restrained rolling and crackling thunderstorm bucket-drummer beat and a super-low bassline.

I Got Game was Sir Mix-A-Lot’s final record with NastyMix.

Throughout 1990, he’d been critical of how the label had promoted his album Seminar and resented how NastyMix was spending the money he was earning on funding a smorgasbord of newly-signed rock and pop acts, few of which were rappers.

In a September 1990 interview with The Rocket, he made clear his plans to start a brand new label, one where he’d have full creative control and that would be dedicated exclusively to Northwest hip-hop.

When I Got Game was released, NastyMix canceled the planned music video. Mix was quoted as saying “and that’s when I said ‘Uh-huh’” and he made plans to leave. Mix started negotiations with Def Jam, but NastyMix label owner Ed Locke threatened breach of contract, Mix countersued for unpaid royalties, and the two were then caught up in a protracted legal battle that took two years and cost a reported $1.2 million to untangle.

I Got Game was created in 1990 and features appearances from: