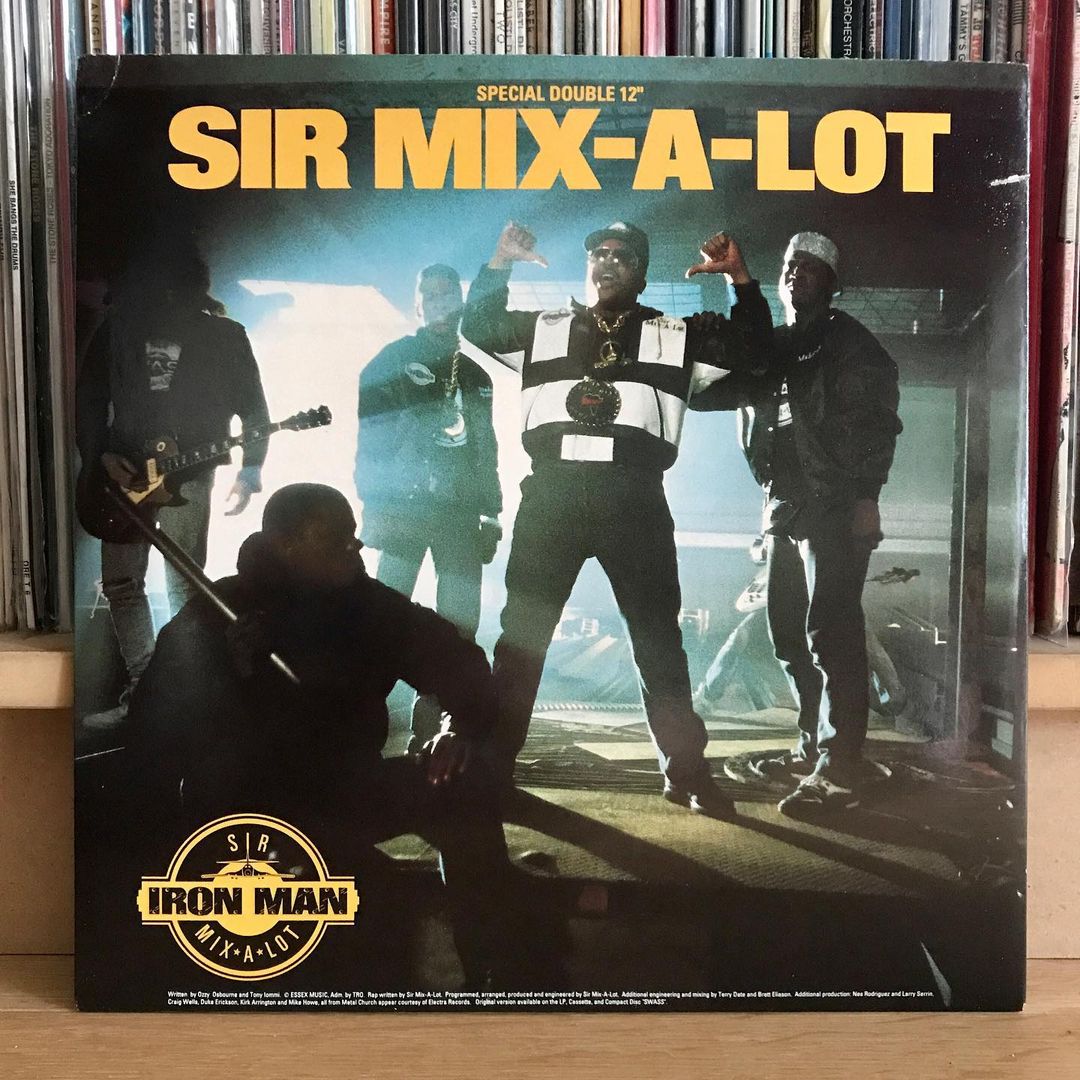 This revenge song from the man you love to hate lit the fuse that ushered in the Grunge explosion.

In 1986, Run D.M.C. had a huge hit with “Walk This Way,” by sampling (and later collaborating with) hard rockers Aerosmith. The huge commercial potential of crossover rap-rock meant that everyone in hip-hopdom went in search of their own guitars + bars anthem. Mix-A-Lot’s entry was “Iron Man,” a tune that first appears on the B-Side of SWASS and heavily samples that Black Sabbath song that today everyone knows because of the Marvel movies.

Mix wanted to double down on an authentic “Metal” sound, so he re-recorded the song with NW thrash group Metal Church, who lay down some electrifying riffs and thunderous chords throughout.

Okay, so… Metal Church were from Aberdeen, WA, and fronted by guitarist Kurdt Vanderhoof. The group’s newfound fame working with Mix inflamed a petty rivalry between Kurdt and unknown 21-year-old guitarist Kurt Cobain, who often hung around at their practice space and who felt Metal Church were lame and worthy of ridicule.

Indeed, Cobain’s desire for Nirvana’s debut to surpass the popularity that “Iron Man” had bestowed upon his musical rivals fed into their songwriting, and led him to intentionally misspell his name “Kurdt” on Nirvana’s debut LP, “Bleach,” which dropped in summer 1989. (Ironically, the album’s two opening cuts, “Blew,” and “Floyd The Barber,” channel some serious Sabbath amp sounds and guitar riffs.)

The single’s flip is “I’ll Roll You Up!” You might assume it to be a cannabis anthem, but early Mix was pretty anti-weed, making fun of “tokers” on his early tunes. This song is another battle rap, repeating his supremacy, stating “I did ‘Posse on Broadway’ in cruise control” and criticizing overuse of the funky drummer sample by his rap rivals, adding “I never jumped on a James Brown bandwagon.”

Iron Man was created in 1989 and features appearances from: