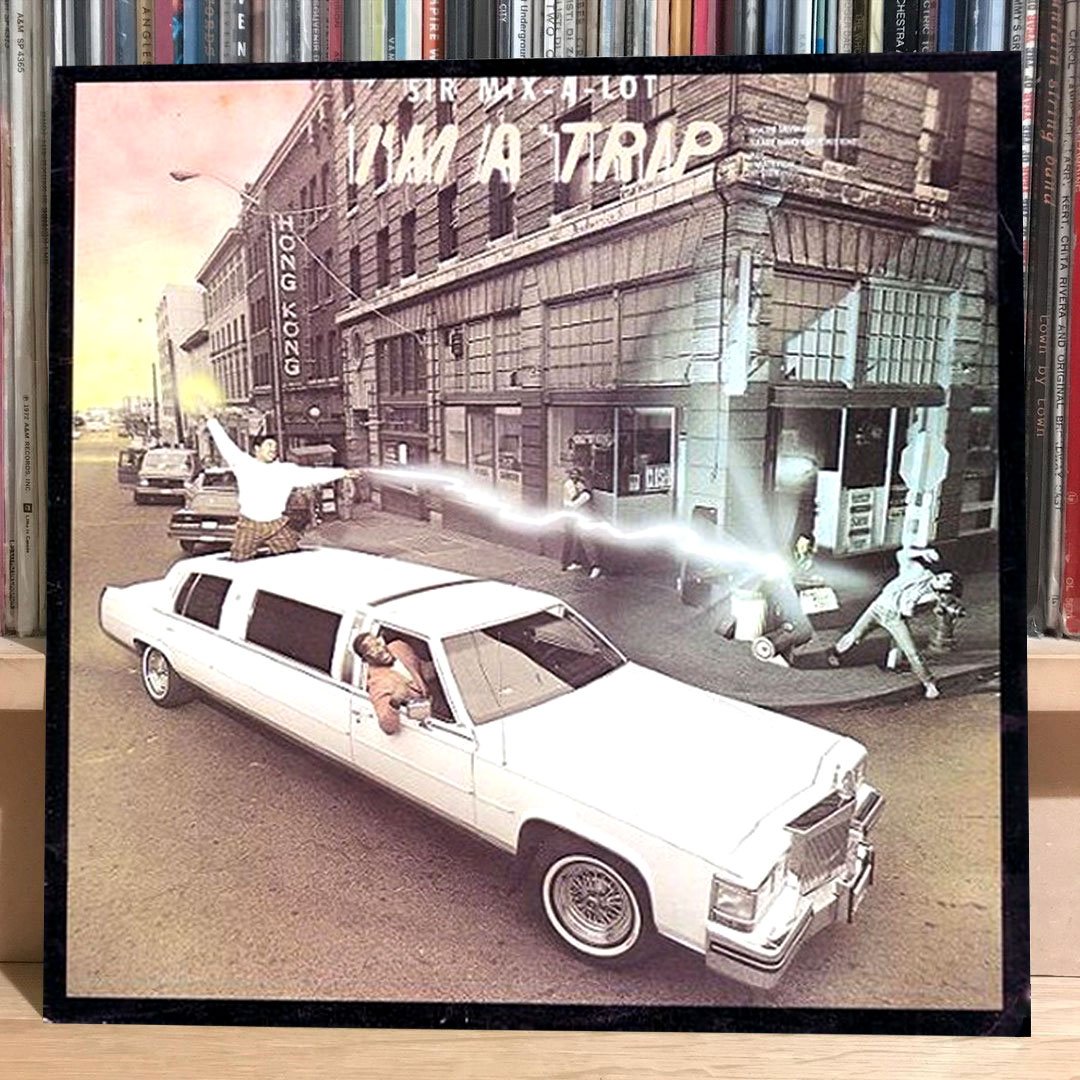 Sir Mix-A-Lot’s first commercial single, “Square Dance Rap,” was a bonafide international hit. When he returned to Seattle he found the local scene had become filled with haters, everyone accusing him of “trippin’.”

His second EP is a battle rap response to “you jealous boneheads: you know who you are” from “the man you love to hate.” On it, he proudly declares that “my game is never lame,” while adding “To rock the West Coast you must know more than turntables, yeah I said it, and I’m right… I’m the only DJ with computers in Seattle.”

Indeed, the superiority of his computer music is a theme that carries throughout most of the EP’s five tunes. Mix itemizes his gear, explains how to use bass oscillators to improve your drum sounds, dismisses anyone using the Roland 808 or Technics SL-1200 all the while praising his own choice of the Oberheim DMX drum machine. This EP is musically awesome but also nerdy AF. The last song begins, “I demolish DJs with computer technology.”

A skit at the end of side A is the first recorded appearance of the word “Swass,” as Mix and Maharaji discuss their fashion sense: “I’m Swass. That means I look good, and I know I look good.”

One crazy little story to add: Vanilla Ice, in his 1991 autobiography, included several pages of verses that he wrote when he was young… Except these were actually the plagiarized lyrics of “I’m A Trip.” Mix threatened a lawsuit, leading to a tabloid-fodder beef between the two in the early ’90s.

I'm A Trip was created in 1986 and features appearances from: