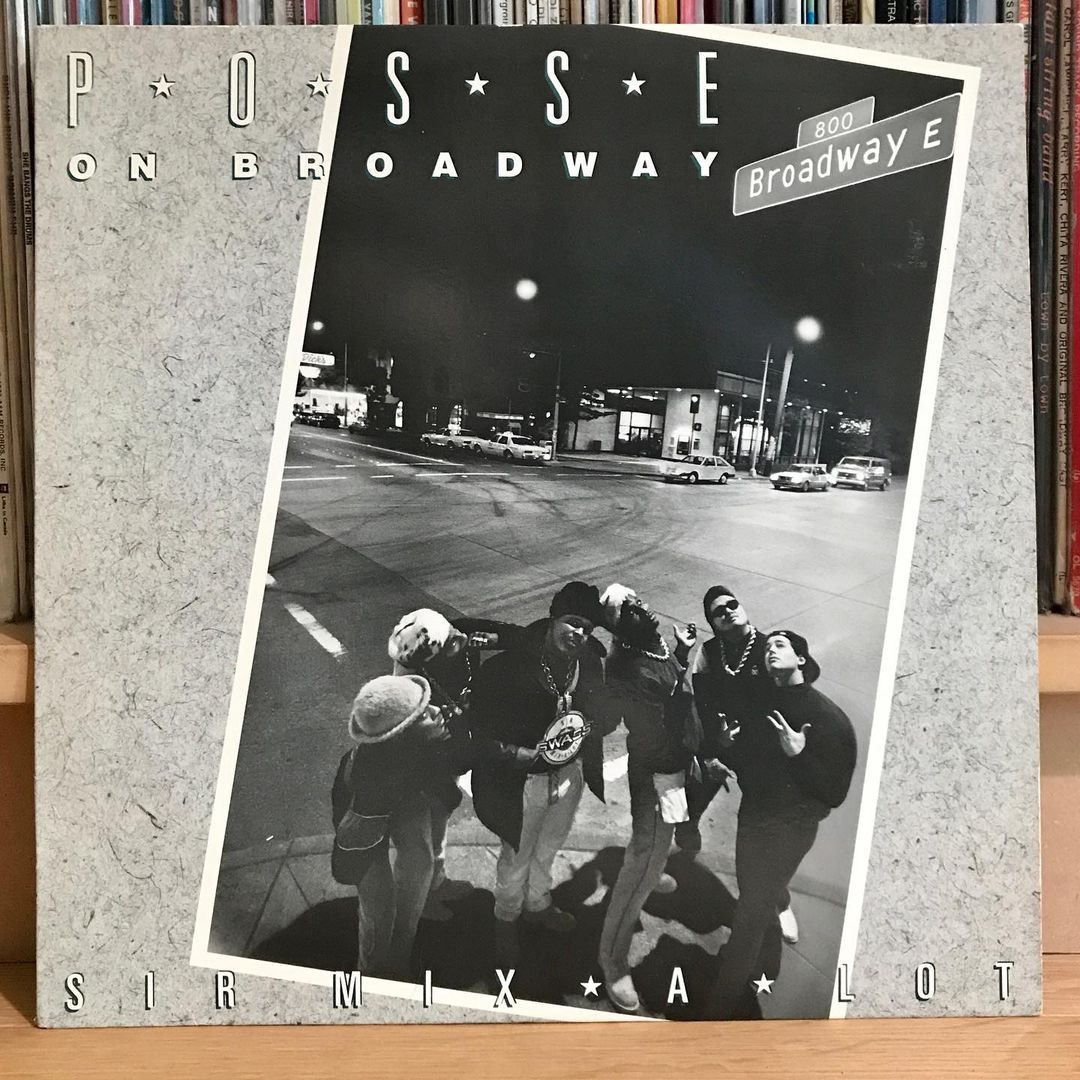 Mix famously came up with the idea for this song on tour after noticing how there was a “Broadway” in every town in America, and he wanted to tell the world about the one he knew best, here in Seattle.

The cover photo on this EP shows “the posse” standing on the corner of Broadway and John, across the street from what is now the Light Rail station entrance. You can see Dick’s in the background.

Everyone knows this song: Mix and the crew go cruising around Capitol Hill and the CD in their black Benz limo, picking up ever more homies and women until their car’s muffler is hanging on the ground. (You can even look up the route on Google Maps.) They decide to go to Dick’s only to spar with a local rival crew, played by Incredicrew in the music video. (The video wasn’t actually shot at Dick’s because, at the time, the owner wouldn’t give Mix permission.)

Contrary to views expressed on “I’m A Trip” a couple of years earlier, gear head Mix shouts out his fandom for the Roland 808, noting how “the 808 kick drum makes the girlies get dumb.”

This 12” EP contains “The Godzilla Remix,” a glorious seven and a half minute version of the song, featuring sub-bass beats, scratching, new bass lines, and extra verses. The remix is followed by a further two minutes of bonus beats.

On the flip side is the cut “F The BS,” a track that appears on the cassette and CD versions of SWASS but not the vinyl, so this is where I always go looking for it. The beats on this song simply roar and Mix tears it up with rapid-fire raps.

Posse On Broadway was created in 1988 and features appearances from: