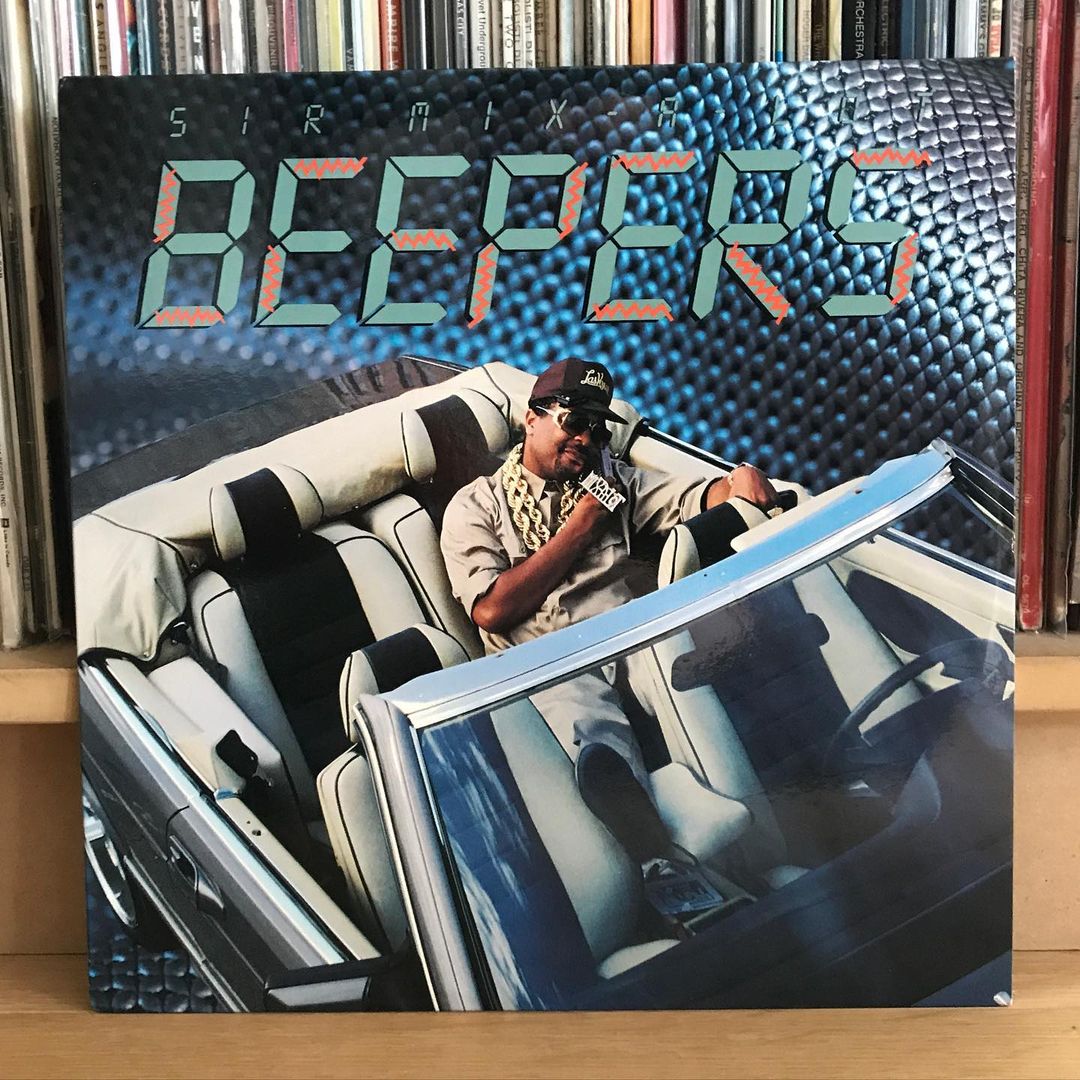 Three years before he dropped “Big Butts,” Mix-A-Lot was already a certified hitmaker. “Square Dance Rap,” “Posse on Broadway,” and “Iron Man” had all climbed national and international charts, and his 1988 debut LP, SWASS, had sold a million copies, achieving platinum status.

The single “Beepers,” which landed at the end of 1989, further demolished the charts, spending 19 weeks near the top of Billboard’s rap rankings, peaking at #2.

The song begins with some iconic kick drums and adds a Prince guitar riff. Here, Mix samples one of 1989’s biggest songs, “Batdance” by Prince, which had appeared in the soundtrack of Tim Burton & Michael Keaton’s mega-popular Batman movie that summer. This no doubt contributed to the song’s chart success.

“Beepers” is an undeniable classic, recounting yet another of his adventures of the posse. This time we learn Attitude Adjuster is a player, and we learn about a woman who thinks she’s hot shit because she’s got a beeper… But she ain’t so fly: Mix has one, too.

Like a lot of early Mix, there’s an enthusiasm for new technology combined with posturing and oneupmanship. In 1989–before cell phones—having a beeper was a mark of luxury and status. The tune also provides plenty of opportunities to turn old and new telephone sounds into beats and melodies.

On the flip side, “Players” covers similar terrain: hanging out and driving around with the posse, doing a roll call, meeting a woman who thinks she’s hot shit because she’s got a beeper… “Both of us are playing the same damn game, we’re players.” Hmmm. Mix continues to warn against drugs: “I’m a dope rhyme-sayer, but don’t smoke me.” In the music, there’s an odd tension as sitcom theme song keyboards run up against some dark, deep sub-bass.

Beepers was created in 1989 and features appearances from: