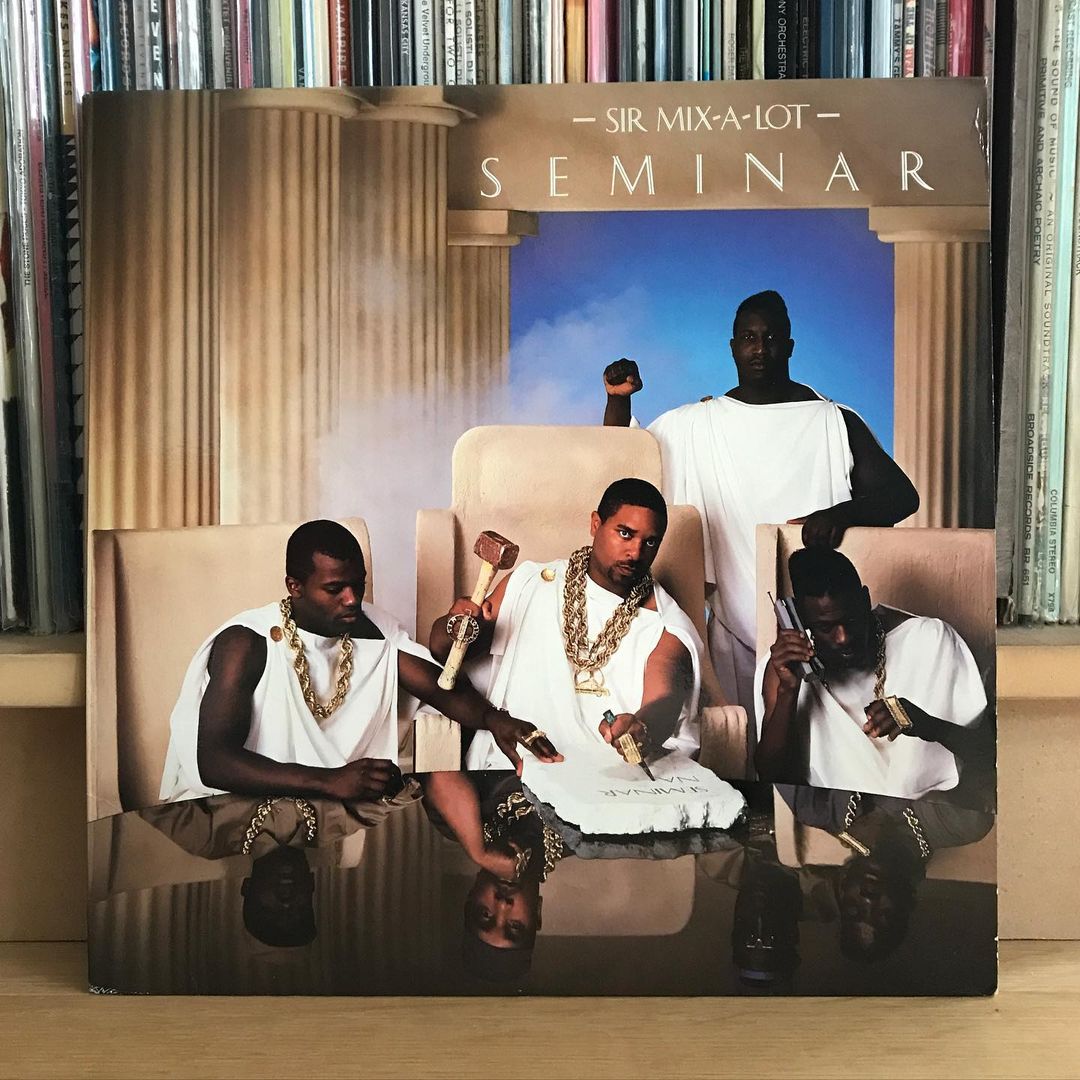 On the cover of Mix’s second full-length album, he and the posse—Kid Sensation, Maharaji, and Attitude Adjuster—sit in Greek robes, carving their songs into stone. But flip it upside down and there they are again, in reflection, dressed as revolutionaries.

When interviewed about his latest album, Mix was defiant: “I don’t care if it sells just one copy… I’m happy with this record.” But Seminar was a smash. It sold a million copies. It went gold… And eventually platinum, too. It spawned three massive hit singles: “Beepers,” “My Hooptie,” and “I Got Game.”

It’s clear from the moment you drop the needle that Mix is trying something new. One year previous, Public Enemy’s Nation of Millions blew up rap like an atomic bomb, and every artist was now scrambling to incorporate messages of justice and race into their lyrics.

When asked about his own politics, Mix replied, “I love this nation… that’s why I criticize it. I love my car… that’s why I tune it up.” In the song “National Anthem,” he criticizes the systemic racism in our government and policing—as relevant in ‘89 as it is today. It will probably also inspire you to read about Iran-Contra affair on Wikipedia in order to decipher the lyrics.

The second side opens with “The (Peek-A-Boo) Game,” a sad story ripped from the headlines: A young woman is forced into the sex trade only to meet her end at the hands of the Green River Killer. In the late ‘80s, there was an active serial killer who murdered 71 young women in the Seattle and Tacoma area, and so people were understandably scared. (The killer wasn’t caught until 2001.)

The most baller track on this record is “Goretex,” an ass-kicking, foot-stop ode to great boots. The beats and synths here are massive, floor-shaking thumps. Mix’s verses weave and dodge and land punches. I always laugh when the chorus sings “sound effect” in response to each of the posse’s activities.

Seminar was created in 1989 and features appearances from: